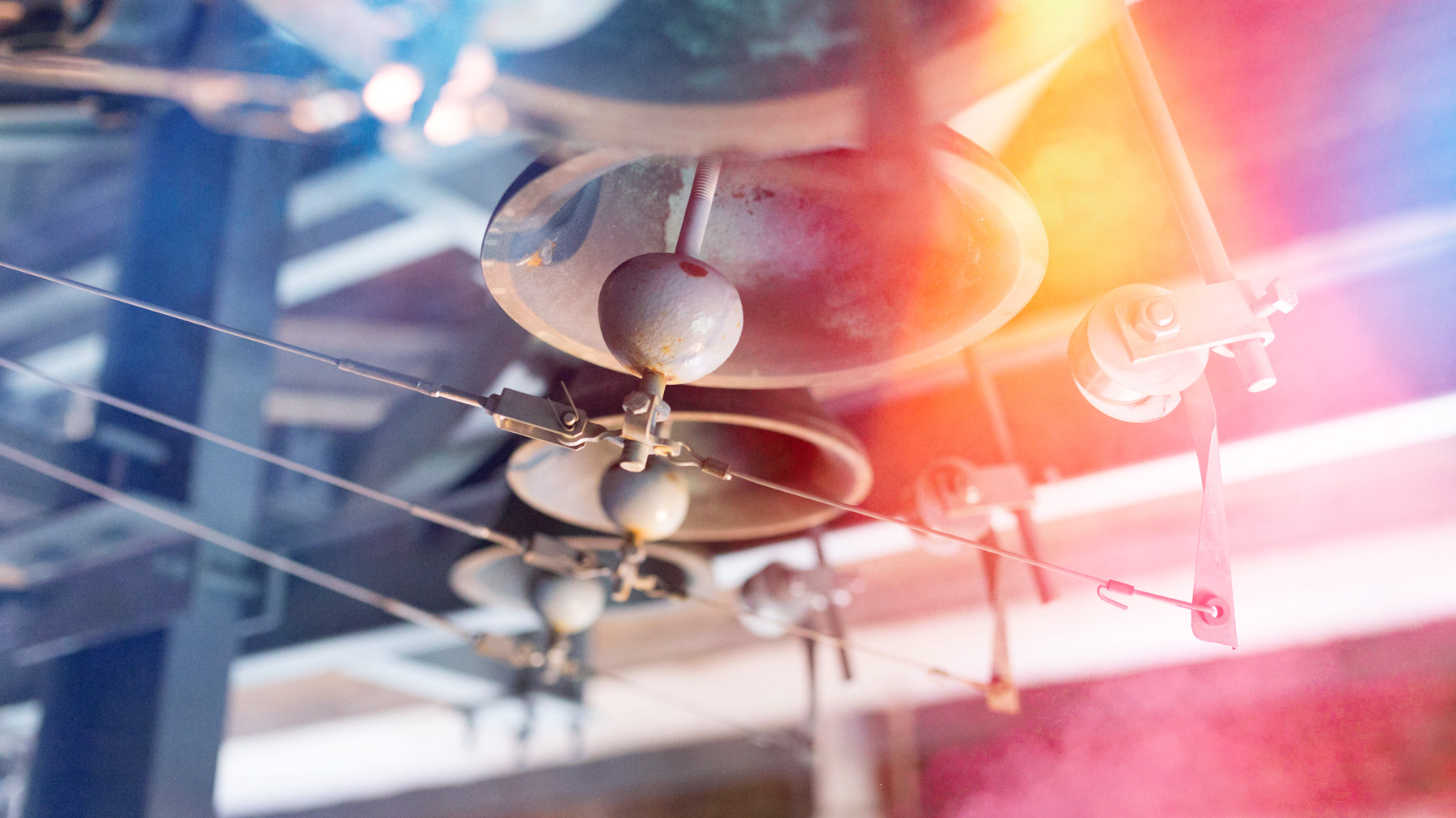 The Laura Spelman Rockefeller Memorial Carillon and its sister instrument at Riverside Church in New York City, both dating from the early 1930s, were the masterworks of the Gillett & Johnston bell foundry of Croydon, England. Carillons of this size had never before been made, and have not been made again since that time.

The Chicago instrument, comprising 72 bells and 100 tons of bronze, is the single largest musical instrument ever built. Its bells were cast over a three-year period and include a massive 18.5 ton bourdon sounding a low C#.

You can find the carillon specifications here.

If you're interested in learning to play the carillon, come to a carillon recital to find out more! To become part of the Rockefeller carillon studio, you must be a currently enrolled University of Chicago student, with three or more years to go in your degree program, and you must be able to read both treble and bass clefs. You can come for an initial lesson or two without obligation, and then you can get more involved and audition for a place in the studio. As a member of the studio, you get ongoing lessons, practice time at the keyboard on the lower level of the Chapel, and regular access to the bells. In return, you become an ambassador for the bells, and you assist with tower tours and carillon recitals once a week. It's fun!

The installation of the carillon

The carillon was installed during the summer of 1932, a year after the New York instrument, and was dedicated during Thanksgiving week of that year. The design consultant was Frederick Mayer, organist and choirmaster at West Point (where Rockefeller architect Bertram Goodhue’s other famous chapel is to be found), who heralded the improvements Johnston had made on the heels of the more experimental Riverside carillon.

Since carefully-tuned carillon bells of this size had never before been created, Mayer took the ground-breaking step of placing the fourteen largest bells below the playing cabin so that the sound of these bells would not deafen the performer to the smaller bells. Similarly, he laid out these 58 smaller bells so that the tiniest of them would be directly above the cabin, with the larger ones higher in the tower (this arrangement was changed in the 2006–08 restoration with the audience rather than the carillonneur in mind).

Mayer also placed trapdoors in the roof of the cabin, thus providing the carillonneur with a balanced sound. In order to allow the performer to practice without disturbing the neighborhood, a practice instrument with an identical keyboard and pedalboard was installed in the playing cabin, whose keys were attached to metal chimes. And to protect the bells from weather, movable wooden shutters were installed in the openings of the tower.

In the 1960s, under the direction of Daniel Robins, the third University Carillonneur, several changes were made to the installation. First, it was noted that having a practice keyboard in the playing cabin 235 steps up the tower was not an ideal situation. The practice keyboard was therefore disassembled and reassembled in a new space in the lower level of the Chapel, a development for which successive generations of carillon students have been particularly grateful. At the same time, the movable wooden shutters had become warped and immobile, and were replaced by stationary angled louvers. Finally, after three decades of use, many of the soft iron clappers had become flattened from repeatedly striking the harder bronze bells. To remedy this, their flat shanks were turned 180 degrees in order to once again present a round surface to the bell.

The 2008 renovation of the carillon

By the 1990s, several factors were adversely affecting the instrument. With the passing of another thirty-year period, the clappers were again becoming flattened and turning them 180 degrees back to their original position was pointless. The louvers, while protecting the bells from inclement weather, prevented the sounds of the smallest bells from reaching the ground (higher audio frequencies must have “line of sight” with the listener to be heard). The mechanism connecting the clappers to the playing console used the 1930s-era design that involved heavy connecting rods and counterweights for the largest bells and was unnecessarily bulky when compared to modern linkages and materials (and this mechanism had deteriorated throughout). From 2006 to 2008, a major restoration was undertaken, and we’re proud that the carillon is now in great shape again!