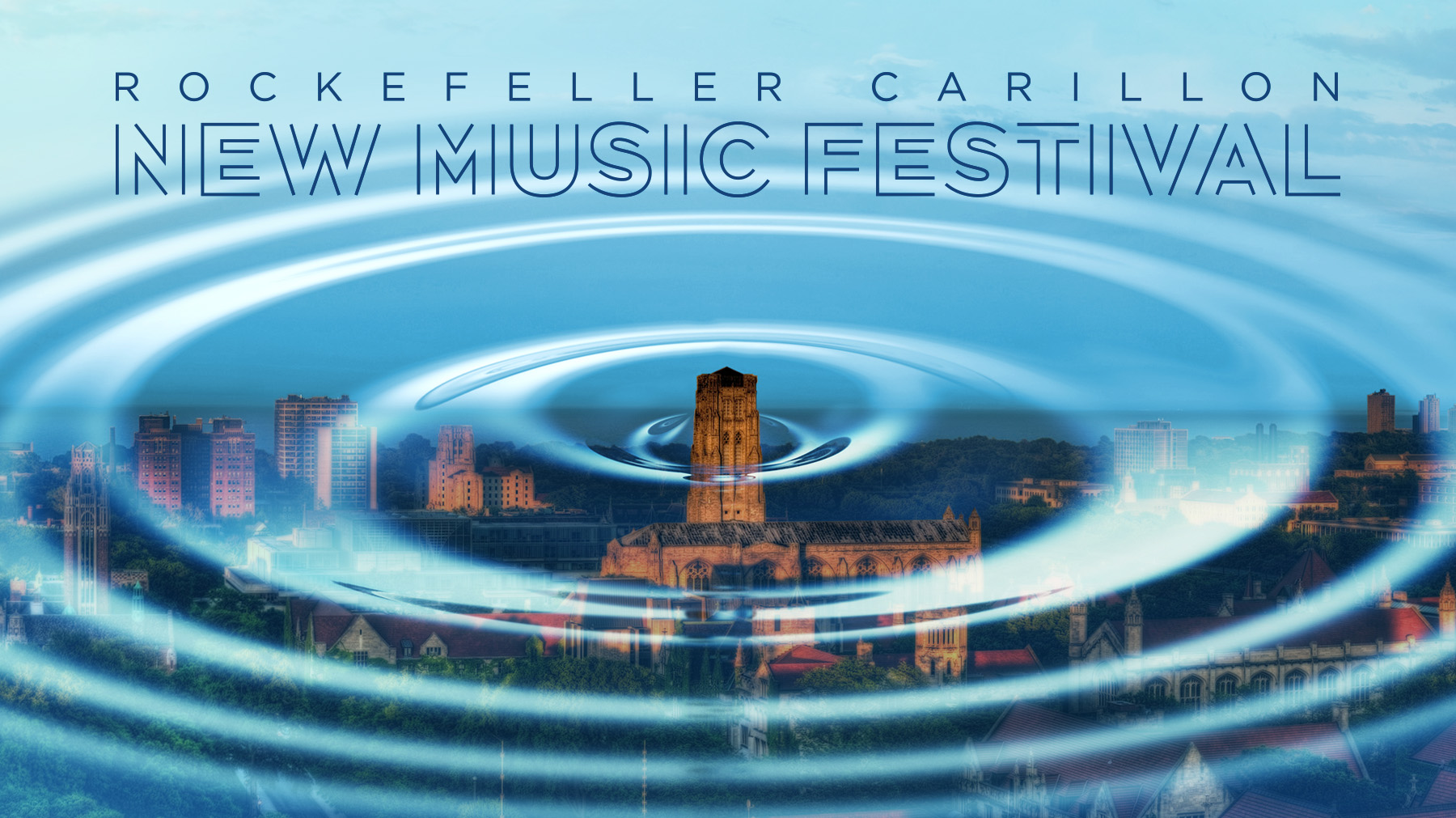 Celebrating the two-day festival of new music for the carillon held this past spring, featuring sixteen world premières, including music for carillon and electronics and carillon and other instruments, with the headline composition Ripple Effects by Augusta Read Thomas.

World premières of music written for the festival

Commissioned by Rockefeller Chapel for the Carillon New Music Festival

Additional commissions and works written for the festival

The festival was headlined by world-renowned Chicago composer and champion extraordinaire of new music Augusta Read Thomas. Her Ripple Effects for Carillon, for twenty-four hands, was among the works receiving their première. Ripple Effects, dedicated to Rockefeller’s Elizabeth Davenport in celebration of her ten years as Dean of the Chapel, evokes the kaleidoscopic journey that happens when magnificent life-force and positive energy cause a ripple to spread far and wide. Establishing a chromatic palette from the start, the virtuosic work culminates in the first ever 72-bell cluster chord, in which every bell of the Rockefeller tower was rung at once in the grand final moment, the resonance of the chord observed until the ripple thus created faded beyond the audible.

Among the other works performed for the first time, Laura Steenberge’s Red Shift, a sound collage for electro-acoustic carillon, speaks to the flight of pulsing stars using Laurie Spiegel's The Expanding Universe as a guide. Geert D’hollander’s Introduction and Aria is the first composition ever written for carillon and solo trombone, played by Joey Brink with Riley Leitch on trombone. Kathryn Alexander’s Of Senses Steeped, commissioned by the University of Michigan’s Tiffany Ng for the festival, is a virtuosic piece, “mischievous and whimsical in nature.”

The four newest composers at the University of Chicago—three doctoral students and a masters’ student—had works receiving their world première at the festival. In addition, doctoral student Ted Moore’s the curve is exponential for carillon and electronics, composed for the University of Chicago’s Nuclear Reactions series and premiered on December 2, 2017, received its second performance.

Geert D’hollander’s Simple Suite, a reaction to Bach’s Suite No. 3 for Cello, received its Chicago première, with the carillonneur alternating movements with Sihao He on cello.