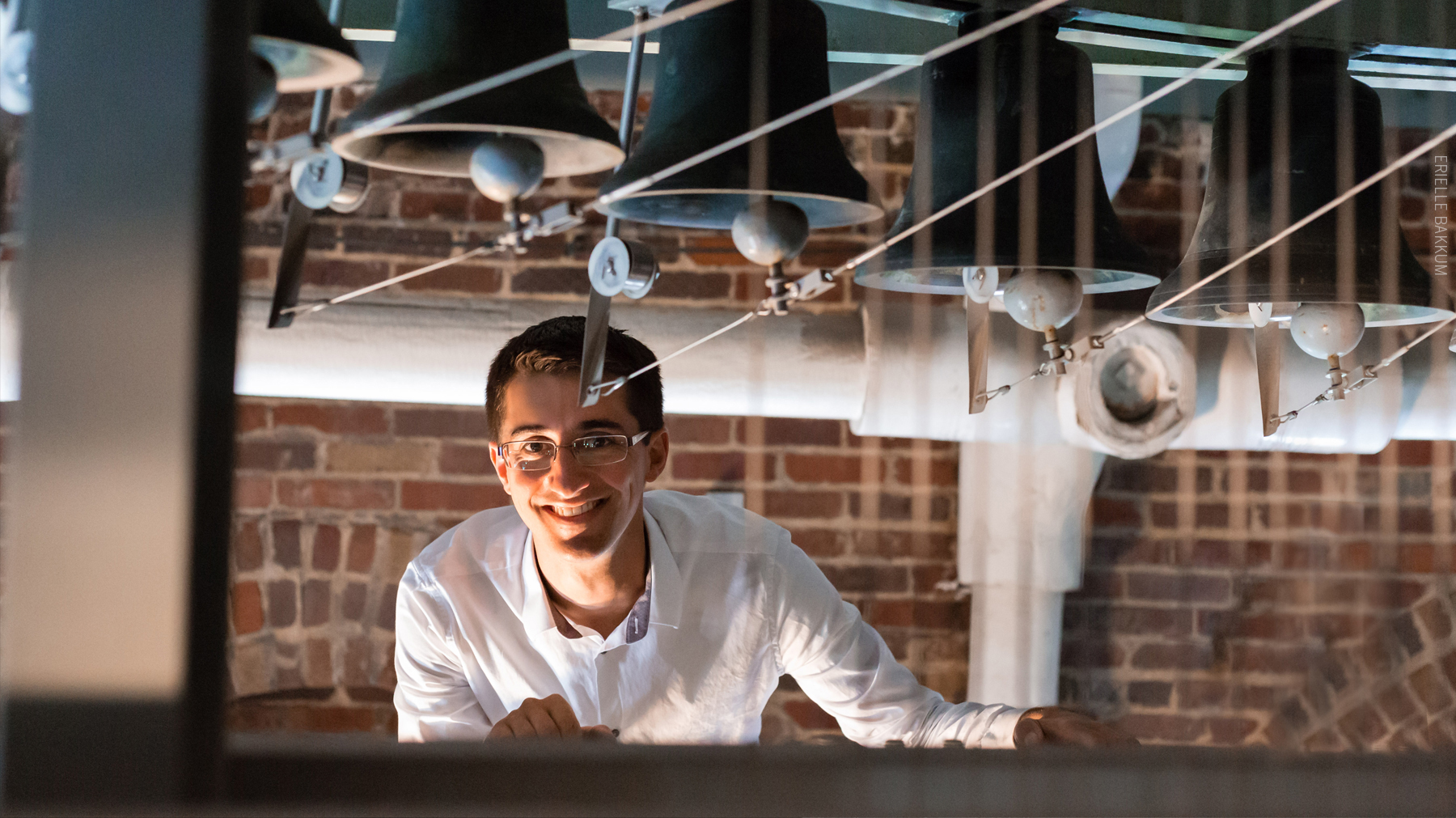 Joey Brink is the sixth University carillonist at the University of Chicago. He began his carillon studies at Yale University in 2007 with Ellen Dickinson, and became a carillonneur member of the Guild of Carillonneurs in North America in 2011. Joey serves on the GCNA board, co-chairs the Johan Franco composition committee, and is the recipient of the 2015 Barnes scholarship for affordable practice carillon design.

Joey continued his carillon studies on a Belgian-American Educational Foundation fellowship with Eddy Marien, Koen Cosaert, and Geert D'hollander at the Royal Carillon School in Mechelen, Belgium, where he graduated with greatest distinction in 2012, and subsequently studied further with Geert D'hollander at Bok Tower Gardens in 2015. Joey received first prize and audience prize at the 7th International Queen Fabiola Carillon Competition—the preeminent competition of the carillon world—in Mechelen in June 2014. He is also a distinguished young composer of carillon music, and is working with composition students in the Department of Music, under Augusta Read Thomas, on the New Works for Carillon project. Read more about about Joey's appointment. If you are curious to hear Joey's carillon compositions or would like buy his album on iTunes, visit the iTunes online store.

We have a lively carillon studio of students who are learning to play the bells. If you're interested in learning to play the carillon, come to a tower tour/carillon recital to find out more! To become part of the Rockefeller carillon studio, you must be enrolled full time in a degree-granting program at the University of Chicago, with three or more years to go in your degree program, and you must be able to read both treble and bass clefs. You can come for an initial lesson or two with Joey Brink without obligation, and then you can get more involved and audition for a place in the studio. As a member of the studio, you get ongoing lessons, practice time at the keyboard on the lower level of the Chapel, and regular access to the bells. In return, you become an ambassador for the bells, and you assist with tower tours and carillon recitals once a week. It’s fun!