Restoration of the Carillon 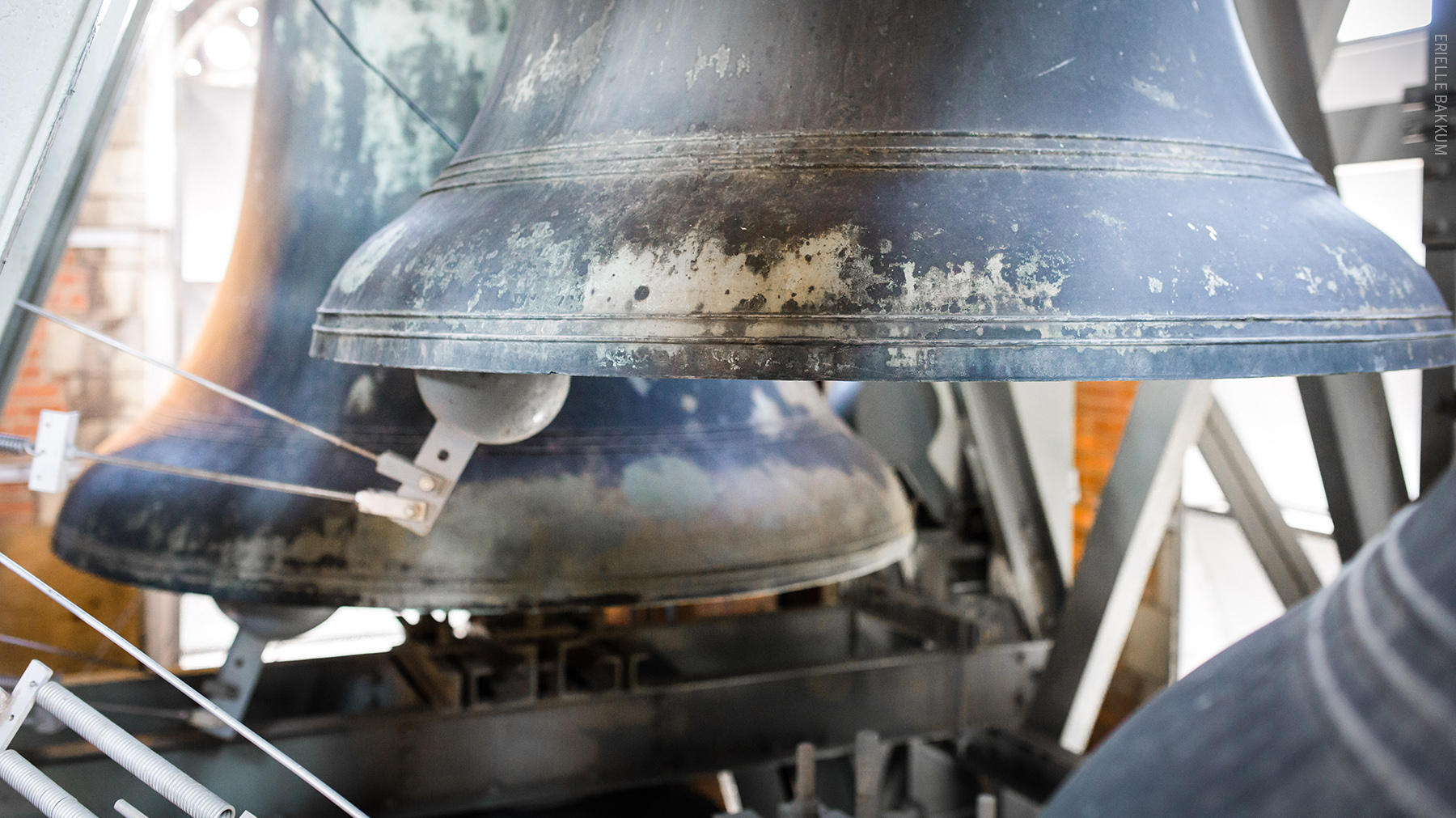 The restoration of the carillon

By the late 1990s, the Rockefeller carillon needed major restorative work. The bells, brought from London and installed in 1932, had suffered the effects of three-quarters of a century of Chicago winters.

The soft iron clappers had become flattened from repeatedly striking the harder bronze of the bells (they had been turned 180 degrees in the 1960s to present once again a round surface to the bells, but no further turning was possible). And the outmoded early twentieth century mechanism connecting the clappers to the playing console (using heavy connecting rods, and counterweights for the largest bells) had deteriorated over the years. 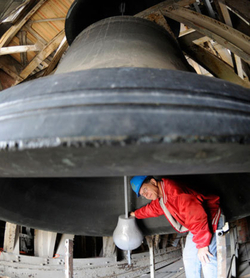 Time for an overhaul

There were other issues too. In the original layout, to a design by Frederick Mayer of West Point, the fourteen largest bells had been placed below the playing cabin, and all the other bells above it, with trapdoors in the cabin allowing the performer to hear a balanced sound. Listeners on the ground, however, heard the larger bells to the exclusion of the smaller ones.

The overhaul which took place between 2006 and 2008 remedied all of these problems. 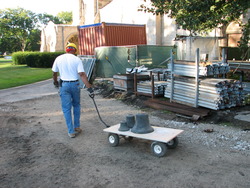 Forty-six of the bells were shipped to the Royal Eijsbouts foundry in the Netherlands for restoration, and returned almost two years later. During their absence, work was undertaken in the tower.