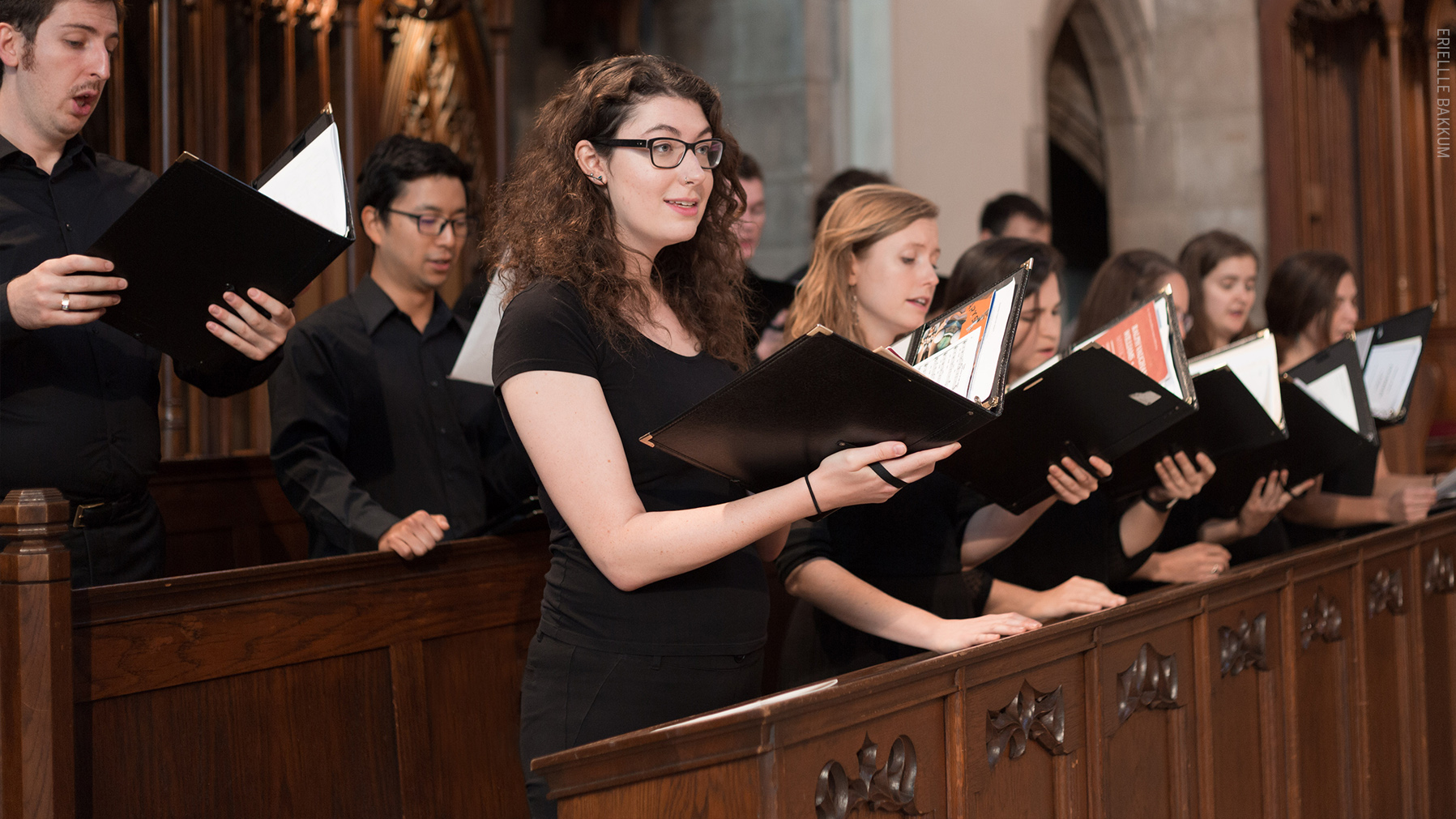 The Rockefeller Chapel Choir, directed by James Kallembach, is anchored by artists in residence, who serve as section leaders and as soloists at concerts, convocations, and spiritual events.

A tenor “setting the tone” (Pittsburgh Music Alliance) with “affecting line” (Boston Classical Review), Matthew Dean is a sought-after soloist, collaborator, and storyteller in ensembles and oratorios nationwide. As resident artist at Chicago’s Rockefeller Chapel since 2005, critic John von Rhein has praised his “firm vocalism and beautiful timbre.” As a Bach Evangelist, he has been called “stirring, always attuned to the narrative content” (Chicago Classical Review) with the Haymarket Opera Orchestra.

A University of Chicago-trained medievalist and folklorist acknowledged for "ringing sound, cantorial fluency, and elegance,” Mr. Dean has studied in Spain and Siberia, and served on faculty of the Madison Early Music Festival. He appears and records with The Newberry Consort, The Rose Ensemble, Bella Voce, South Dakota Chorale, and His Majesty's Men. Building arts organizations and community, he is founding managing director for Naxos artist Schola Antiqua of Chicago and vocal ensemble The Rookery. He additionally serves as executive director of the Sounds of Faith initiative at the interfaith Harran Productions Foundation.

Kaitlin Foley, soprano, has been praised for her “crystalline vocals” and “beautiful singing.” A supremely versatile performer with a passionate ear for early and new music, she has performed works ranging from Bach’s Christmas Oratorio to Mozart’s Requiem to Schoenberg’s Pierrot Lunaire. She has premiered many new works, including Robert Kyr’s O Word of Light and Thunder and James Kallembach’s 2014 setting of the St. John Passion.

In addition to her much lauded work as an artist in residence with the Rockefeller Chapel Choir, Foley sings with the Grant Park Chorus, Bella Voce, Schola Antiqua, and Prometheus, and is a founding member of the Chicago-based women’s trio Artemisia. She is the director of the Rockefeller Children’s Choir, and she teaches private voice and piano at Elk Grove High School and KF Music Studio. She holds a master’s degree in voice performance from DePaul University, where she studied with Julia Bentley, and she completed her undergraduate work in music education at the University of Missouri under the tutelage of Ann Harrell and the baton of Paul Crabb.