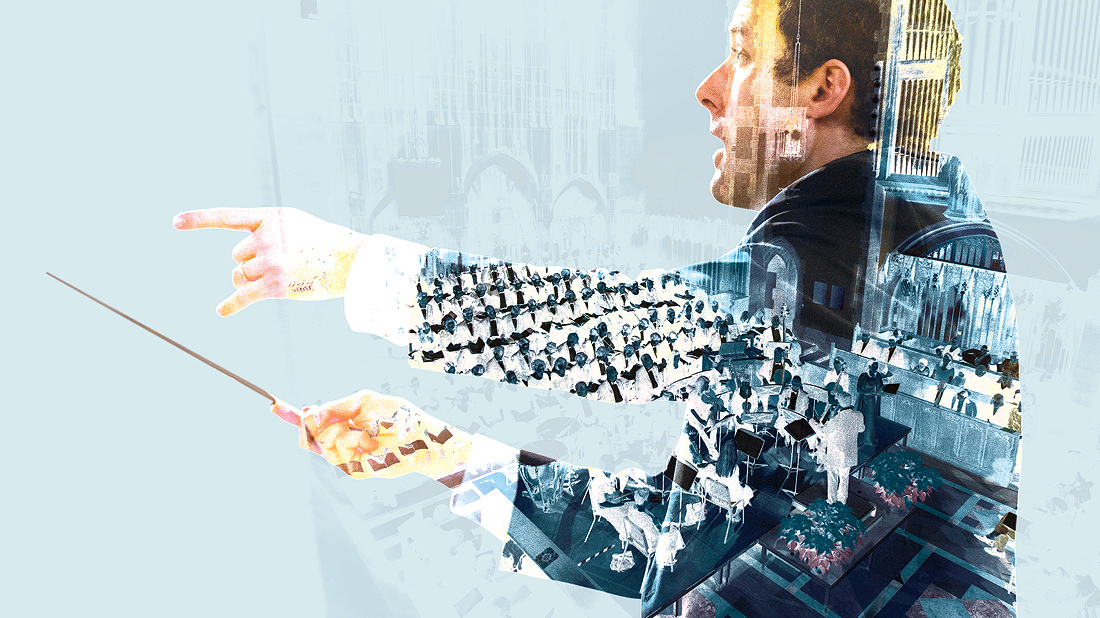 Under the direction of director of choral activities James Kallembach and associate director Mollie Stone, the University of Chicago choral scene is thriving! Composers Augusta Read Thomas and Marta Ptaszynska and their composition students in the Music Department write for the choirs, and there are regular choral concerts at both Bond and Rockefeller Chapels.

See The Choir in Concert page for details of Rockefeller Chapel's concert series, featuring the Chapel Choir—directed by James Kallembach—presenting the best of new choral music, including newly commissioned works, alongside beloved classics.

Below you will find the basics about the Chapel choir, Motet Choir, the Women’s Choir, and the University Chorus, along with links to other choral ensembles.

The Rockefeller Chapel choir, 28 voices strong, comprises graduate and undergraduate students. It is anchored by artists in residence Kaitlin Foley, Matthew Dean, and Keith Murphy, and by students who are chosen as choral scholars.

Soprano soloist Kaitlin Foley is also the director of the Rockefeller Children’s Choir, for children aged 5 to 12.

As the premier undergraduate choral ensemble at the University of Chicago, Motet Choir accepts 24 to 30 students each year. Singing a cappella masterworks of all periods, this group frequently includes music of the Renaissance in its repertoire, as well as music as diverse as Gregorian Chant and Gospel standards. The group performs at least three concerts per year, and sings at University convocations.

The University Women's Ensemble, founded in 2009 and conducted by associate conductor Mollie Stone, specializes in music for women's voices and also joins with other University ensembles to sing major concerts.

Among the eighty members of the University Chorus are undergraduates, graduates, and singers from the Hyde Park and wider community, creating a wonderfully diverse group of backgrounds while offering an opportunity to sing with fellow students, coworkers, and neighbors. Directed by Mollie Stone, the group presents three or four masterworks per season, culminating in a festive year-end performance with the Performance Program’s other choirs and the University Symphony Orchestra.