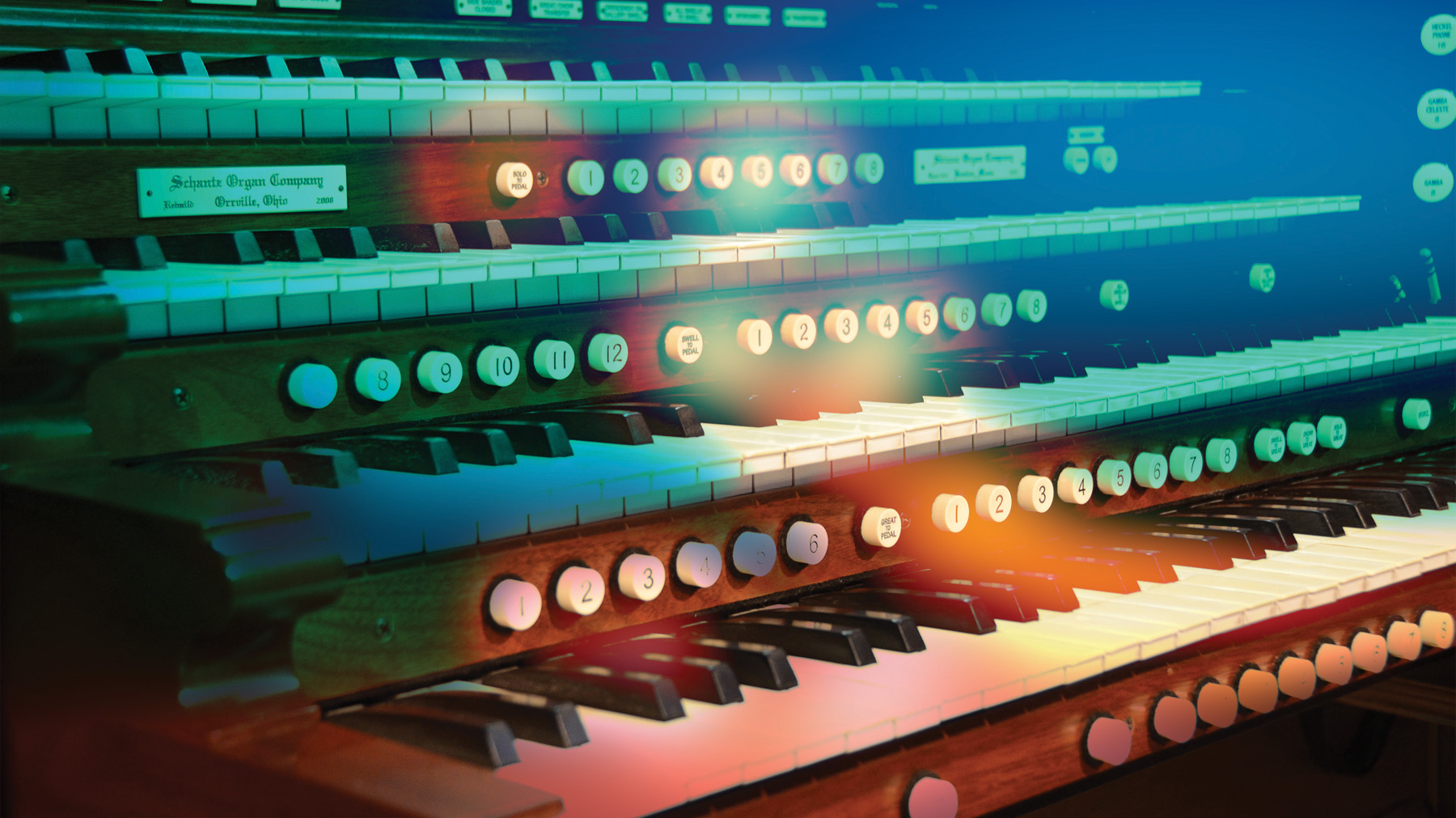 The University of Chicago is home to two glorious pipe organs, the famed E.M. Skinner Opus 634 at Rockefeller Chapel, and the Reneker Organ at Bond Chapel. We also have practice organs - the Schlicker pipe organ and the Mintel digital (Rodgers) organ -  in our Rockefeller studio, accessible to students who are taking lessons.

You can hear the E.M. Skinner organ played at Sunday services and weekly recitals during the academic year. It is also played for academic and ceremonial events, for practice, and for special concerts throughout the seasons.

It is a massive romantic organ, considered one of the best in America. You can find its specifications here.

The Reneker organ, built for the former home of the Chicago Theological Seminary, was relocated to Bond Chapel in 2012. A lovely Baroque tracker organ, built by Quebec’s Karl Wilhelm in 1983, it quickly won an award for "divine design" in its new home. You can download the program (including the specifications) from its dedication concert, which took place on February 2, 2013. This date was the 100th anniversary of the birth of Betty Reneker, who commissioned the organ in memory of her husband, Robert Reneker, former chair of the board of trustees of the University of Chicago, and of their son, David. You can find its specifications here.