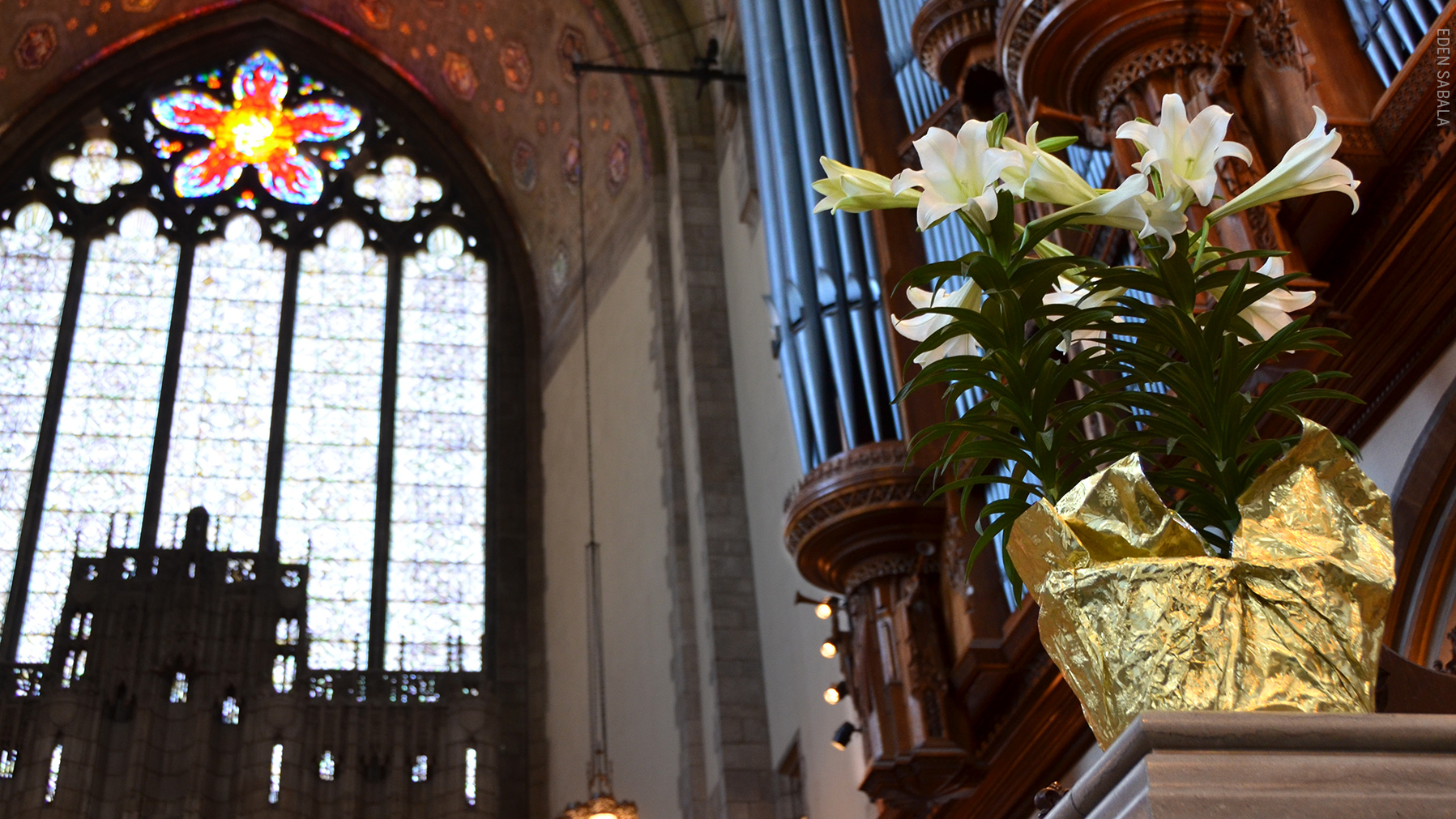 Built with the Chapel itself in 1928, Rockefeller Chapel’s regal organ is one of four University organs built by the great American organ builder Ernest M. Skinner in the pre-Aeolian Skinner years (the others being at Yale, Princeton, and Michigan). These four organs are considered among the finest examples of 20th century romantic organs built in America.

In the Rockefeller organ, Skinner fully invested his genius for realizing a full orchestral sound, with a complete collection of voices and many soft ethereal effects. Many of the large pipe scales, which are necessary to achieve a full sound in a building the size of the Chapel, are no longer built and thus cannot be found in contemporary organs. The original Chapel organ included four manuals, and had 6,610 organ pipes in 108 ranks; following its 2008 restoration, it has 8,565 pipes in 132 ranks. Its bay of pipes, located in the chancel, is a work of art in itself and is an integral element of the interior architecture of Rockefeller. In addition to the chancel organ located at the front of the chapel, Skinner installed a gallery organ in the upper balcony of the Chapel, to accompany the gallery choir. The organs can be played independently or as one, using either console.

You can find the E.M. Skinner organ’s specifications here.

Rockefeller’s organ was unveiled at a recital by Lynnwood Farnam, reportedly to a crowd of over 2,500 admirers, on November 1, 1928. It has been played by many great organists of the 20th century, including a series of recitals by the great Marcel Dupré.