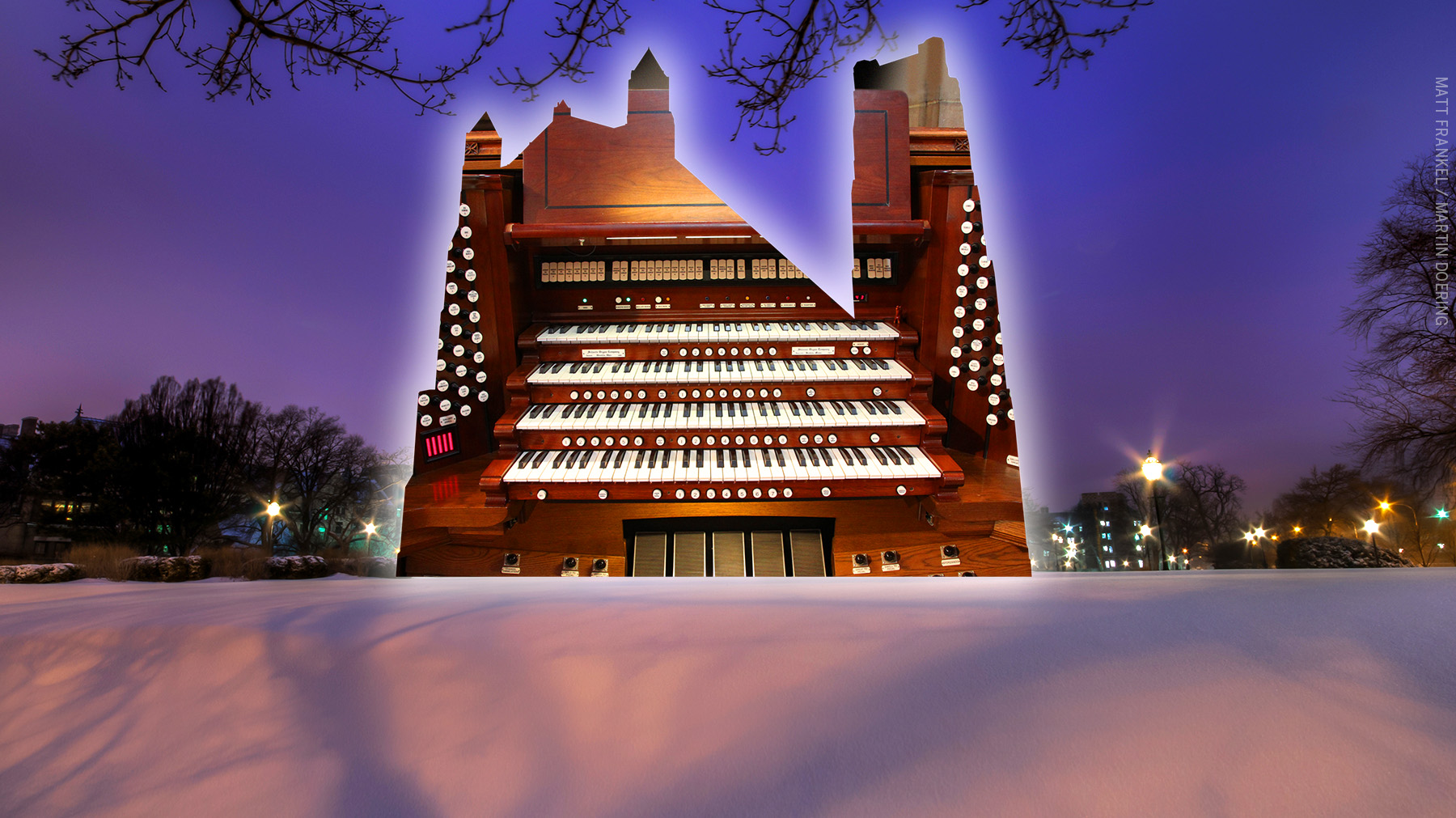 Organ recitals at Rockefeller and Bond

During the academic year, from late September to early June, recitals by University artists, students, and guests can be found at both Rockefeller and Bond Chapels. Both organs are also played daily in practice and in performance, for all manner of academic and ceremonial events.

Come and hear University organist Thomas Weisflog, distinguished guests, and students from the Rockefeller organ studio play a mixture of Baroque, Romantic, and contemporary music on the E.M. Skinner organ. Enjoy the experience of sitting in Rockefeller Chapel and being swept into the vast emotional capacities of the organ’s ranks of pipes: trumpets, gentle voices, sounds matching harp and flute and chimes. Tea served from 3:45 pm, the music begins at 4 pm. Free and open to all.

The performances of Raúl Prieto Ramírez, San Diego’s Civic Organist and Artistic Director of the Spreckels Organ, have been described with words such as “sizzling”, iconoclastic”, and “transcendent”. Performing a wide-ranging classical and popular repertoire on the pipe organ with the flair and bravado of a matador, this Spanish master has an absolutely riveting way of entertaining general audiences of young and old, music experts and casual listeners, like remarkably few others.

Tickets $10 at the door, free admission to students with school ID.

This is the eleventh annual recital in the Brian Gerrish Organ Performance Series. The series is made possible by a generous endowment given to honor Divinity School professor emeritus Brian Gerrish and to promote the joy of listening to world class organ performance!