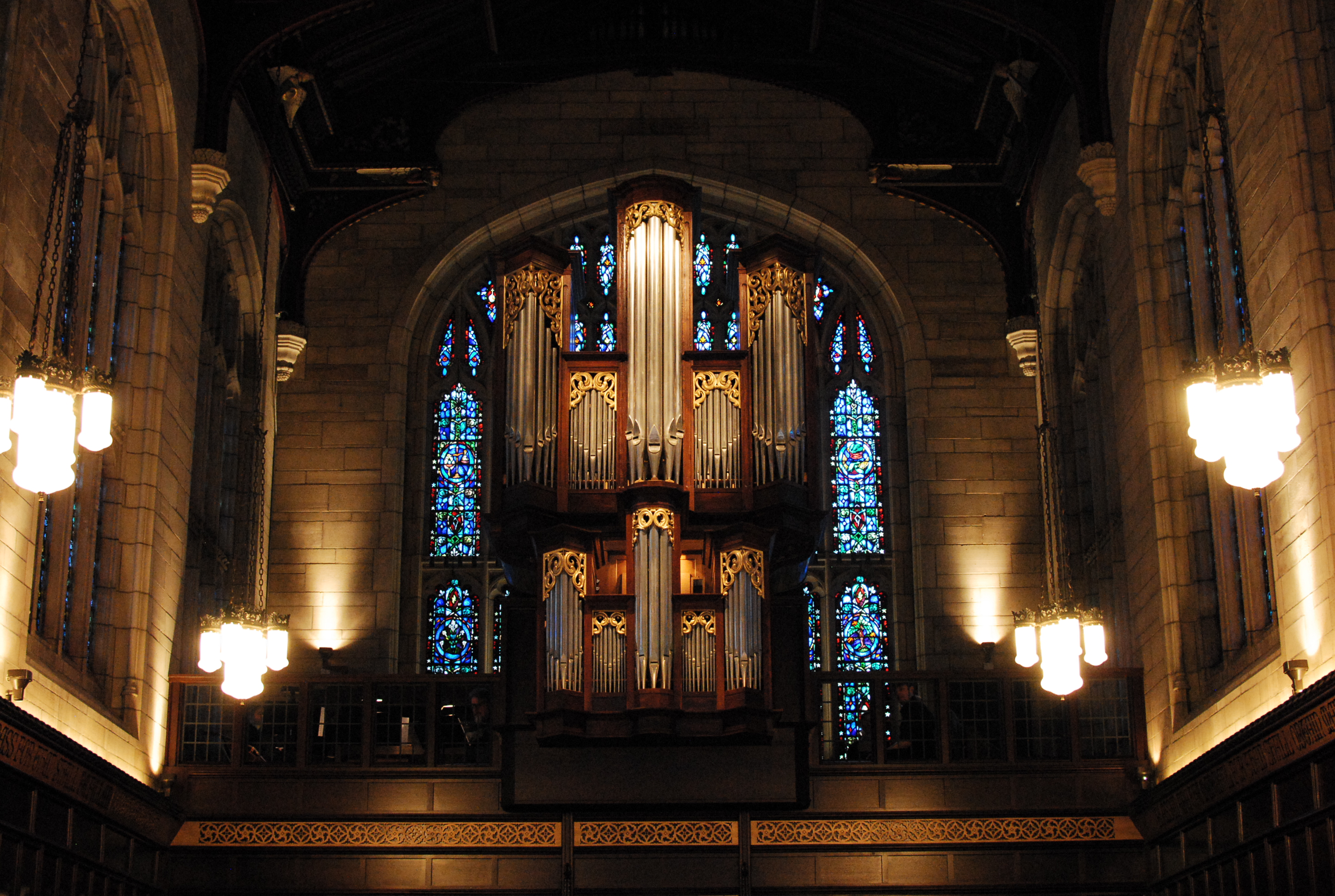 The exquisite Reneker Organ, inspired by instruments built in northern Germany in the seventeenth and eighteenth centuries, was built by Canadian master organ builder Karl Wilhelm in 1983 for Graham Taylor Hall at the former home of the Chicago Theological Seminary. It was dedicated in 1984 in honor of the late Robert W. Reneker and Betty C. Reneker, and was moved to Bond Chapel in 2012. 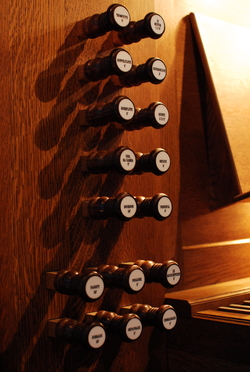 It contains 26 registers (stops) and 34 ranks of pipes, for a total of 1,640 pipes, in three divisions: the Hauptwerk, which is the main section of pipes reaching toward the ceiling; the Rückpositiv, the small section in the new overhang from the gallery, to which the organist’s back is turned; and the Pedal, played by the organist’s feet. An electric blower supplies wind to two main reservoirs, the flow of air being activated by thin strips of wood (trackers) which connect the two manual keyboards and the pedals to valves. The organ case is made of solid white oak and features decorative carvings by Claude Duclos. The majority of the pipes are made of alloys of tin and lead, and were imported from Germany and Switzerland. In addition, there are 78 large wood pipes. The organ weighs approximately 10,400 pounds.

You can find its specifications here.

The move of the organ

In 2012, technicians from organ conservators JL Weiler, Inc., began dismantling, documenting, and cleaning each part before packing the instrument for its short journey across the main quadrangle of the University. While they were working on this aspect of the move, structural engineers and contractors were at work in Bond Chapel, adding cantilevers to support the weight of the organ and adapting the gallery to fit the Rückpositiv.

The overarching approach of the conservators to this entire project was to preserve the artistic vision of the original builder, Karl Wilhelm. To that end, the pitch, tuning, and tonal characteristics of the organ remain unchanged.

For all involved, the move of the Reneker Organ was a labor of love, a remarkable partnership between administrators, organ experts, faculty, architects, engineers, craftsmen of many kinds, users of the Chapel, musicians, the Divinity School, Rockefeller Chapel, and the Reneker family of today. The project had as its chief goals the preservation of this remarkable instrument and of the integrity and beauty of Bond Chapel, and the honoring anew of Robert and Betty Reneker’s dedication to the Chicago Theological Seminary and the University of Chicago.

“If art inspires our lives, speaking to the whole of our senses, then the installation of the Reneker Organ in Bond Chapel will be a lasting inspiration to the thousands who enter this space. The Reneker Organ makes this Chapel a unique destination where all can experience the harmonic interplay of art, architecture and music, with the stunning beauty of stained glass windows, the soaring stone arches, the rich carved woods, and the compelling voice of the organ uniting as one. It has been my privilege and honor to have overseen the relocation of this magnificent instrument: an experience that will remain with me for a lifetime but will enhance the lives of others for many generations to come.”